So many things have happened since the last update! First of all, I am proud to be now a member of Protovision! This solved a couple of questions that were bugging me regarding the publishing of ToS2 on physical media: e.g. how to deal with the German FSK or or US MPAA or whatever legal age restrictions are relevant for computer games in all the countries around the world that ToS2 might be delivered to. Also, how to deal with payment and delivery for international customers etc. So I was pretty happy when Jakob from Protovision contacted me about joining them!

Now, the really cool thing is, that Protovision is ramping up on a new game cartridge developed with Individual Computers. The fantastic Sam’s Journey developed by Knights of Bytes will be released on this cartridge and I was able to get my hands on a test cartridge (unfortunately without a Sam’s Journey pre-release though). So I started integrating it into my development work flow and am happy to say, that I am really confident that there will be a cartridge version of ToS2! I would love to provide a disk version in addition, because I am a huge fan of good ol’ 5,25″ floppy disks, so potentially ToS2 will be released on both. Let’s see… In the course of working with the cartridge I also had the chance to chat quite a bit with Chester Kollschen from Knight of Bytes, which was a most interesting information exchange by itself!

This all means that I spent quite some time with the cartridge and with writing tools to make it work with the current development version of ToS2. Nevertheless I did some more work on the game itself. I am still in the process of finalizing the implementation of the new, highly memory efficient data structures for the game. But in order to learn efficient working with the editor I did a draft for a new level. Despite the general gloomy mood of the game, there will be a couple of light and friendly moments, too. One of them will take place in a scenic German village with pretty half timbered houses. I am currently really unhappy with the trees, so expect some changes there (and probably elsewhere, too). But without further ado, here comes a first screenshot of a ToS2 level! 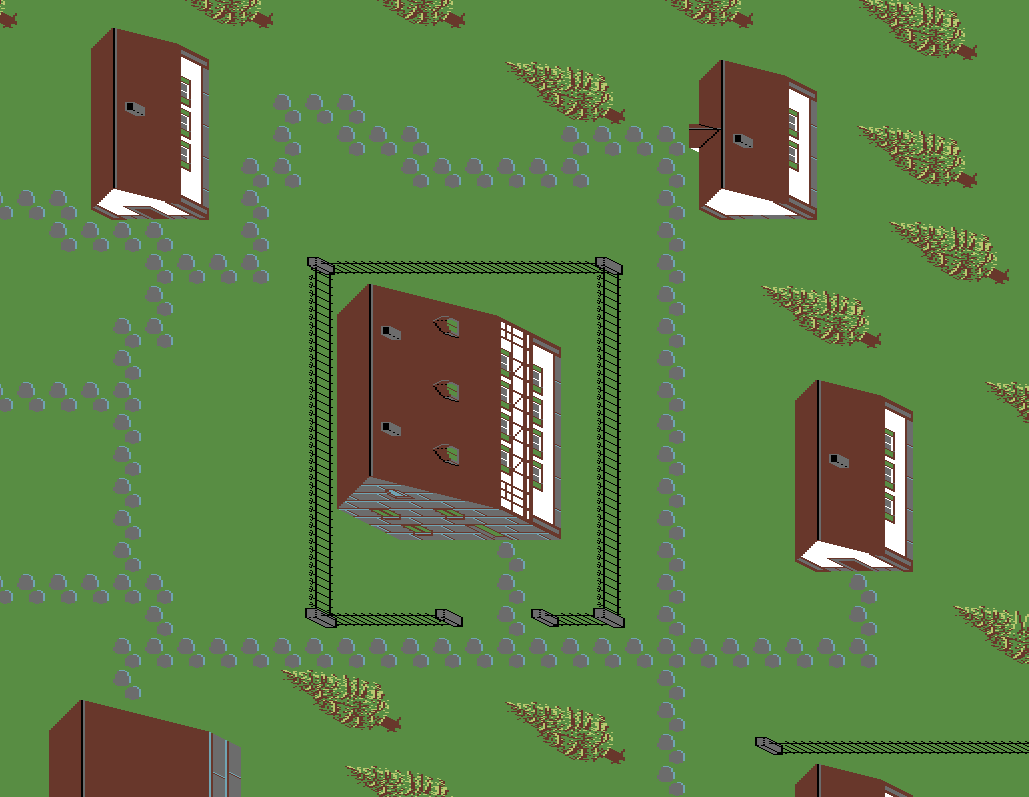