Wow, no posts for such a long time! Well, it is summer and I have to admit that I did a bit of a break from my PC while the weather was so nice. But did I take a break from the project? No! I spent a bit of time thinking about concepts, I fought a bit with infrastructure (and actually had to change the provider of my development VServer, well you get what you pay for), and I even spent some time with scissors, paper and glue and created some prototypes for a nice packaging. Googling the Internet for creating cardboard boxes is an, um, interesting experience. Apparently only kitsch fanatic house wifes seem to care for this normally. But who says I am normal :-)! The results of all this work are nothing exciting to show off, but were important to work on at some point (at least for me, as I am a bit fanatic about the overall experience of a product). On the code side I did lots of clean-up and integrated the task scheduler and the font swapping module I wrote about further down. I wrote many many unit tests, so I am of good hope that the game will be much less bug-ridden than the compo version.

What I did this weekend was maybe more exciting: I finally started work on the game editor. With all the new features of the game engine, standard tools are just not flexible enough to work with. So here comes a screen shot of the first editor version! A lot is still missing, but I feel I am on a good way: 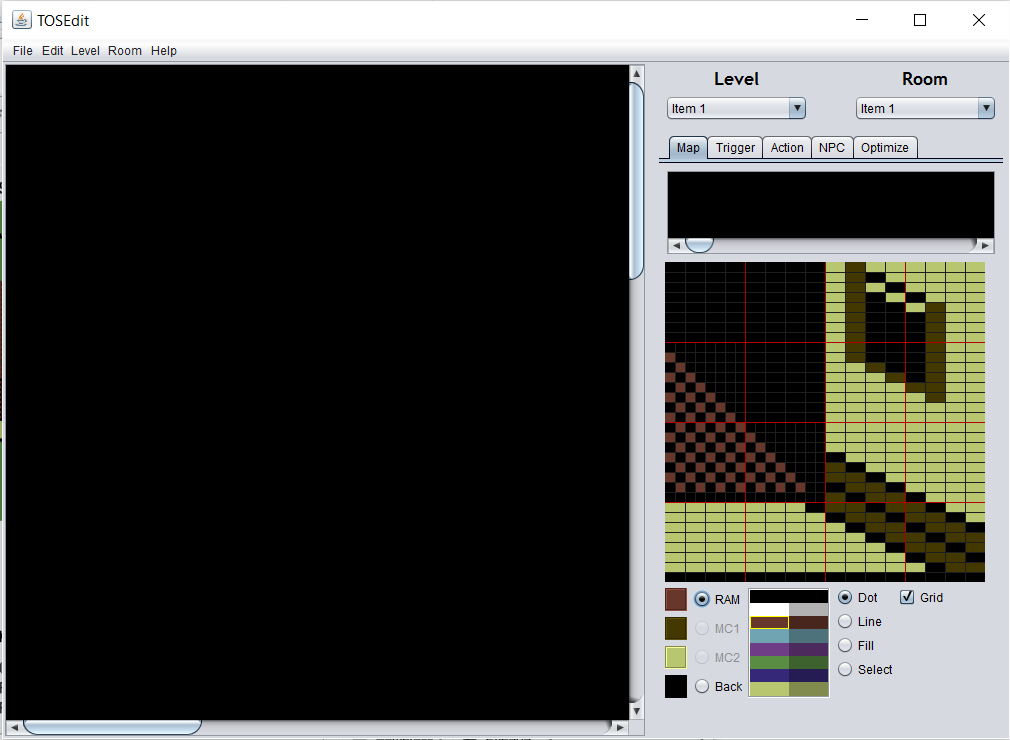 It is really heavily inspired by the fantastic CharPad, I hope the creator does not see this as a plagiat, but rather a tribute to his great software! Especially the font swapping needs a lot of intelligence in the software.

Apologies once more for the delayed update! I expect them to happen more frequently now that the weather is getting more favorable for dwelling in my computer cave…