Apparently I was creating more questions than answering them in my last post. I will try to provide a bit more detail about the implementation of the task scheduler. 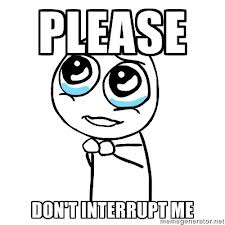 The interrupt routine decides, if it wants to schedule a new task. If the new task has a higher priority than the one that is currently running, we want to switch to the new task. So what we need to make sure is, that when we return from the interrupt we do not return to the old task, but to the new one. In order to achieve this, we need to manipulate the stack accordingly, as the return address (and some more information) is stored there. Let’s look at what happens when an interrupt is triggered:

All these steps are performed by the hardware itself. An interrupt service routine normally saves the registers in software in addition:

How can we manipulate the stack now to return to a different task? We simply push respective data onto the stack!

Now let’s have a look at the task_done routine that is jumped to by a task when it is finished. In theory, all we need to do is to jump to the task with the next highest priority. Let’s for now assume, that the old task has the next highest priority. Things get slightly messy now: we still have the remains of the interrupt on the stack, but tasks are always executed in the main loop! So instead of jumping to the new task with jmp, we will misuse rti and simply do the same as we would do at the end of an interrupt routine:

Et voilá: we restore all registers and are back in the old task!

There is one additional thing that needs to be organized: when a task is added with a lower priority than the currently executed one, it needs to be stored for later. To do this, a list with upcoming tasks needs to be kept. Every time a task is done, the list needs to be searched for the next highest priority and the task needs to be pushed onto the stack as described above. But I am going to leave this little detail to be worked out by the reader (ha, I always wanted to say this cruel sentence at some point in my life)!

2 thoughts on “Tasks, schedules and priorities (2)”